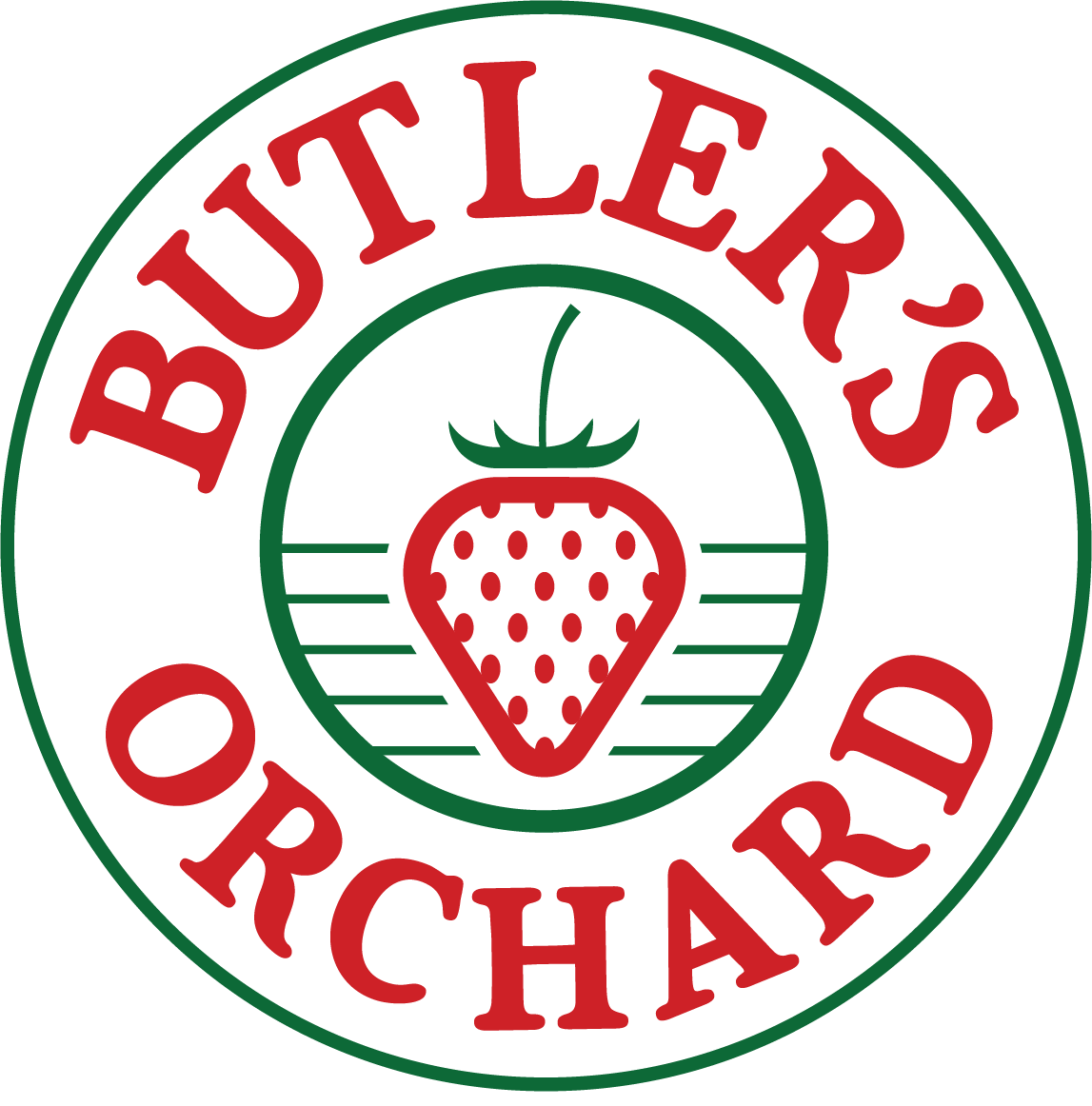 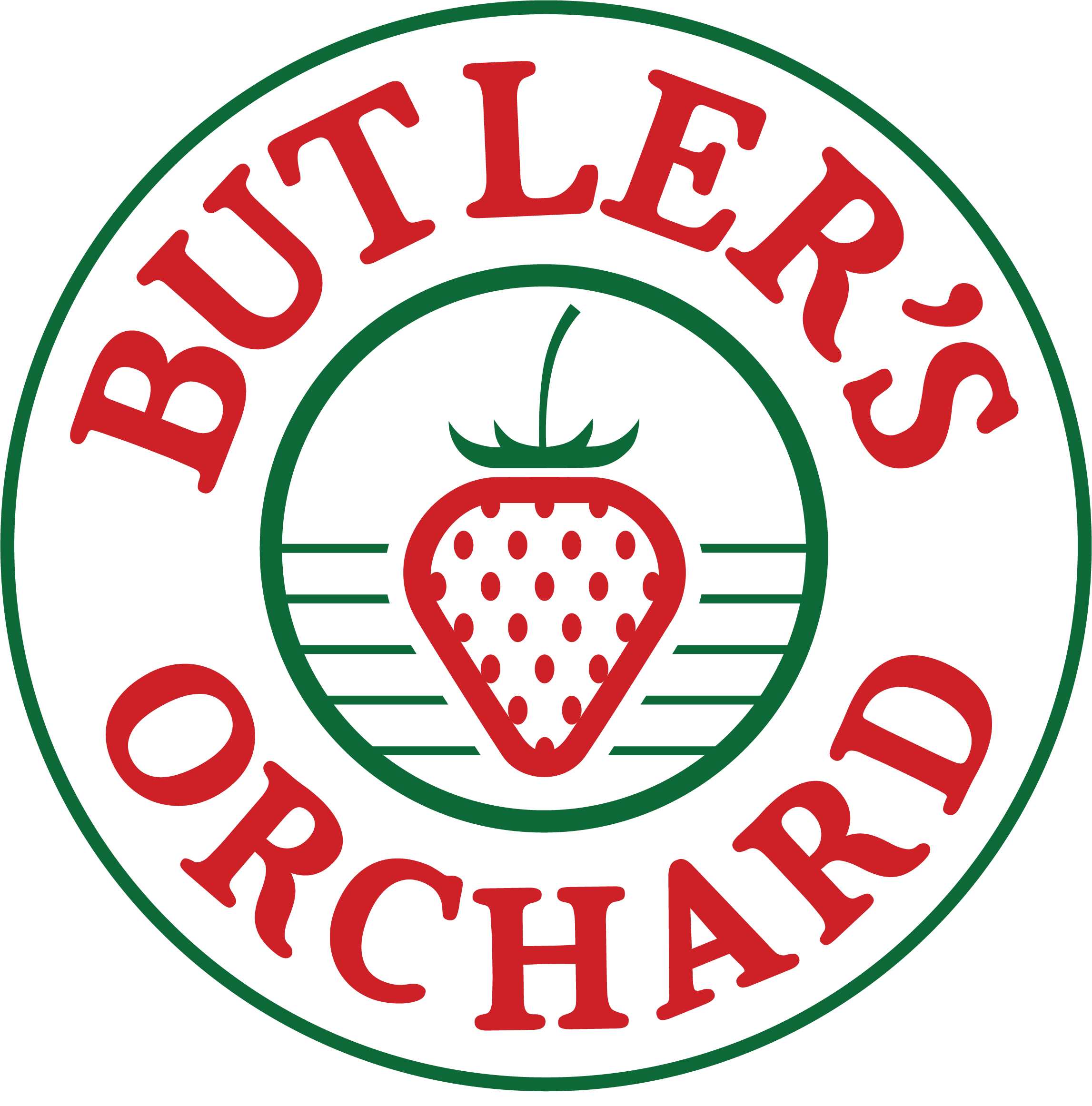 Right after graduating, George and Shirley Butler purchased a 37-acre farm with a log house, where the Butler family grew up. Initially we grew 25 acres of peaches and sold them to a local grocery store and at our own small farm market. Now, we have more than 25 varieties of fruits, vegetables, flowers, and trees on over 300 acres! Three Butler children earned horticultural degrees from the University of Maryland and lived and worked on the family farm. (The other sister chose the corporate life!) Sadly, the family lost Todd Butler in 2010. He started growing pumpkins as a High School project and this led to our popular Pumpkin Harvest Days and Pumpkin Festival traditions.

Our Farm Market started under an apple tree behind the log house selling peaches. Later, it moved to a former chicken house that still stands on the property as a garage. The red barn was built in 1964 and over the years we increased the variety of seasonal fruits and vegetables we grew and sold. In the 1970’s, we began selling additional products in our Farm Market, including preserves, local honey, gourmet condiments, seasonal decorative items, cider, and more! In 1993, we outgrew our original red barn and expanded the Farm Market to the current facility that you can visit today. 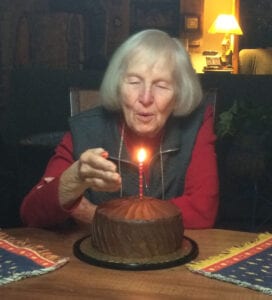 Sad news about the passing of our Beloved Founder…

Shirley Brown Butler, 91, passed peacefully at home surrounded by her family on September 10, 2020. She was born on December 20, 1928 in Washington, DC to Hylton R. and Rosina C. Brown – the youngest of three children (Meryl and Hylton, Jr.).

Shirley grew up in Silver Spring, Maryland and attended Blair High School. She earned her bachelor’s degree in Mathematics at Pennsylvania State University and worked at Johns Hopkins Applied Physics Lab for 2 years after college.  On December 30, 1950 she married George H. Butler, Jr. and together they purchased 37 acres with 17 acres of peach trees and an 1850’s era log house in Germantown, Maryland.  This became the start of a family and a business – Butler’s Orchard – carefully and lovingly tended for decades.  The family is now on the 4th generation and the business is in its 70th year and has expanded to over 300 acres. Butler’s Orchard is well known as a mainstay in the area for its variety of pick your own crops and farm market filled with fresh fruits and vegetables.

Shirley and George raised 4 children, Todd, Wade, Susan and Carol – 3 of whom became partners in the family business. Carol pursued other interests – returning to the farm frequently for harvests and family gatherings. Shirley and George were known as originators and pioneers of the “Pick Your Own” fruit business and opened the farm publicly in the 1950s. Shirley was recently recognized as one of the extraordinary, and ambitious women who contributed to the history, innovation and culture of Montgomery County, Maryland.

Shirley had a true passion for Butler’s Orchard and never really retired. The business represented her love for growing fruit, flowers and vegetables as well as nurturing young people – often giving them their first job in life. She and George were a force for good for so many. Shirley, the proud matriarch, was amazed and delighted by the growth and expansion of the business and the family.  Over the years, she was often spotted out on the farm on her golf cart – her dog Dakota as her faithful companion.  Many family memories were made while spending time at Branch Lake in Ellsworth, Maine and at Bethany Beach, Delaware – as well as countless extended family gatherings at the farm pond. Shirley had a deep appreciation for the wonderful life that she led – stating, “I have had a good life” – what more could any of us ask for?

A life well lived by a wise woman who touched so many of us with her good nature, her kindness and her love. The family will have a private celebration at this time. At a future date when we can all come together again, a memorial service in her honor will be held at Butler’s Orchard.

In lieu of flowers – donations can be made to the following organizations – or – please donate in her honor to your favorite charity: 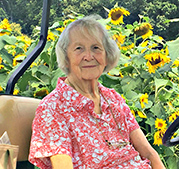 Mrs. B grew up in Silver Spring and graduated from Pennsylvania State University. After graduation, she and her husband, George Butler purchased the farm’s original 37 acres. George and Shirley were pioneers in the Pick Your Own Business, opening their farm for public picking in the 1950’s. Shirley had a true passion for Butler’s Orchard and never really retired. The business represented her love for growing fruit, flowers, and vegetables as well as nurturing young people – often giving them their first job in life. Shirley, the proud matriarch, was amazed and delighted by the growth and expansion of the business and the family. 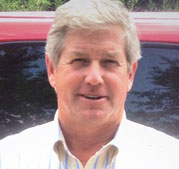 Wade is the Farm Manager and a second-generation Butler. After earning a degree at the University of Maryland in Pomology (the science and practice of growing fruit), he returned to the farm. Wade’s passion for agriculture is evidenced by his many years of successful farming and the growth of Butler’s Orchard, as well as through his local community work. Over the years, he has served on the boards of the Montgomery Soil Conservation District, Montgomery Agricultural Advisory Committee, and the Maryland Christmas Tree Association, to name a few. Wade wants all who come to the farm to experience what he sees every day. The joy of seeing the harmony between soil, plants, insects, air, and water that creates a product with health benefits that only just picked food can provide. Wade can be found out on the farm at all hours of day and night, observing the plants and soil so he can better attend to their needs. 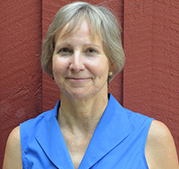 Susan is a second-generation Butler and has spent her career growing Butler’s Orchard to the business you enjoy today.  She is recently semi-retired and is a valued consultant for Butler’s Orchard.  She earned her Horticulture degree at UMD and then worked for an apple grower in Washington State before returning to the family farm.  In retirement Susan and her husband, Wash, are continuing the agriculture legacy with Waters Orchard and Doc Waters Cidery.  As a new sister orchard, we welcome them to the neighborhood in Germantown. 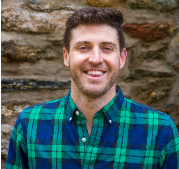 Tyler is a third generation Butler. He graduated from the University of Maryland with a degree in Horticulture and Crop Production and returned to the farm.  He oversees all aspects of the Farm and Market and is eager to extend the success of the business.  Tyler enjoys educating the local community about agriculture and the Orchard and has a passion for providing great customer service. 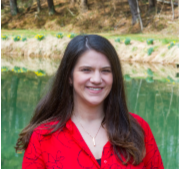 Hallie is a third-generation Butler. She worked off the farm for several years, gaining experience in guest service, retail management, and human resources. Hallie supervises the hiring of our employees and is committed to helping train staff to provide strong guest service.  She manages the ordering of products for our Farm Market and enjoys finding new products to share with our customers.  She is happiest out in a strawberry field sharing with her daughters, the 4th generation, about the farm and their legacy. 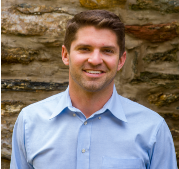 Ben is a member of the third generation of Butler’s. He returned to the family farm after graduating from the University of Maryland with a degree in Horticulture and Crop Production in 2010. Ben is responsible for day to day farm operations, crop production and long-term planning as well as overseeing the financial health of the company. He feels a personal commitment to be involved and give back to the community that has supported Butler’s for over seven decades. Ben has an endless desire for knowledge and is dedicated to growing the finest, most nutritious fruits and vegetables possible for his family and yours. He strives to advocate for the agricultural industry serving on the Board of the Montgomery County Agricultural Center, working with the Montgomery County Agricultural Fair, and participating in Montgomery County Young Farmers, and the Young Growers Alliance, and the  LEAD Maryland Class X. Ben is proud of our agricultural heritage and humbled by the legacy and reputation of the Butler name within the community. 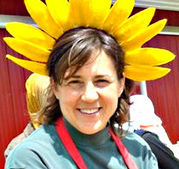 Angela has been involved in the farm’s agriculture education and tourism activities since her marriage to Wade in 1979. She has a degree in Horticulture from the University of Maryland and is active in the University’s 4-H and Master Gardener Extension Service programs. Angela finds the most joy in sharing the farm with children and their families. The many thank you pictures and letters she receives confirm that her passion and joyfulness are greatly appreciated. 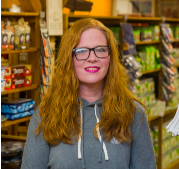 Angi joined the Butler team in 2016 and boasts an extensive background in retail management, customer service, visual merchandising, and inventory control.  Angi is passionate about insects, pollinators, animals, nature, and the surrounding communities.  She uses her passions and hobbies to help educate and inspire the “Butler’s Best” in our employees.  Angi is responsible for the day to day operations of our Farm Market, hiring, training and planning, as well as supporting the Butler family farm with various management needs.

Joseph joined the Butler team in 2011. After graduating from the University of Maryland with degrees in Japanese and East Asian Studies, Joseph returned to work full time. Joseph is loved by our customers and often can be found engaged in passionate conversations at our produce counter educating our customers and our staff! As an Assistant Market Manager, he oversees the market warehouse, produce storage, and wholesale operations, as well as market management duties. 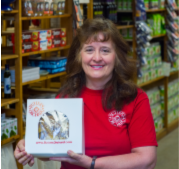 Karen joined the Butler team in 2003 and she has a B.S. in Community Nutrition from the University of Maryland.  She puts her passion for nutrition to good use by keeping our delicious bakery fully stocked and ready to fulfill your sweet tooth!  Karen’s background as a teacher and her passion for people make her the perfect Farm Market Mom-a-ger! 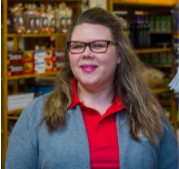 Laura has been with us since 2017. Laura earned her Medical Assistant certification before joining our team. She has an extensive background in retail, customer service, visual merchandising, and inventory management. As assistant farm market manager Laura’s primary focus is on Merchandising, Visual Display, and Wholesale Customers. Give her 20 minutes and she can make a display out of anything! 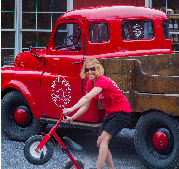 Gina is a “local homegrown girl” who has lived from one end of Montgomery County to the other!  She attended Frostburg State University and graduated with a double major in Health and Physical Education and a double minor in Health Fitness and Coaching.  Gina joined the Butler team in 2018 working primarily with Pick Your Own groups, birthdays and festival management. Always wearing her trademark sunglasses, Gina can be found encouraging fitness on the farm, educating children on healthy eating, & creating fun farm activities for all customers!  You can hear her enthusiasm in her motto, “Teamwork makes the dream work!” 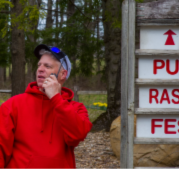 Pick Your Own Manager

Jonathan was born and raised in Laurel, MD and has been working at Butler’s Orchard on and off since 1986. After graduating from the University of Maryland, he lived from coast to coast, including Miami, LA, and the Rocky Mountains, before returning to the farm full time in 2008. As our Pick Your Own Manager, Jonathan coordinates all the daily picking activities at the farm. Whether it’s on a dirt bike, tractor, or on foot, you’ll find him out in the fields living his dream of never wearing a tie to work.